Dr. Cambeiro is a board-certified plastic surgeon performing laser tattoo removal in Las Vegas, Nevada. If you live outside of the Las Vegas area, please contact us to learn more about our fly-in program. 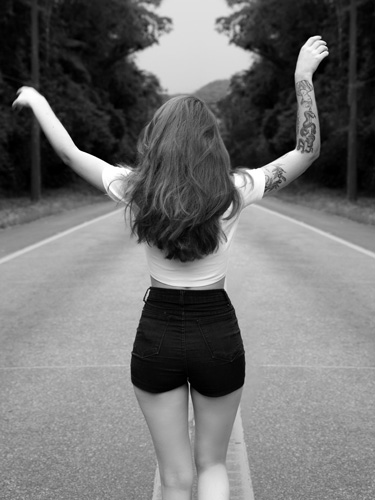 For some patients, a tattoo that was once appreciated is no longer wanted as tastes and preferences change. For others, a once vibrant tattoo becomes dull or blurry over time. In cases like these, Dr. Arthur Cambeiro offers laser tattoo removal in Las Vegas, with multiple lasers available to address tattoos of many different colors and sizes.

How Laser Tattoo Removal is Performed

Laser tattoo removal doesn’t actually “remove” a tattoo, per se; rather, it breaks up the tattoo ink into small particles that the body naturally eliminates on its own. In a treatment, laser energy passes through the skin and heats up the pigment until it breaks apart into very tiny particles. Lasers strike a nice balance: strong enough to break down the pigment, but gentle enough to avoid damaging the outer surface of the skin.

Lasers are able to single out the tattoo ink by using different wavelengths to target the various colors and types of ink.

Which Laser Is Right for Me?

By having multiple lasers available at our practice for tattoo removal, we can safely and effectively treat a variety of tattoos on people of all colors. Options include:

This versatile laser is suited for multicolored tattoos, including those with blue, green, and black ink. It is also effective for tattoos that remain after prior treatments. The PicoSure® laser has a quicker pulse (picoseconds instead of nanoseconds) and a higher concentration of laser heat than other lasers, which reduces exposure to laser energy and minimizes injury to the skin around the tattoo. PicoSure uses patented PressureWave™ technology to break up the pigment into smaller particles than other types of lasers, so fewer treatments are needed.

Our Lumenis® Q-Switched Nd:YAG laser is well-suited for dark tattoos and safe for all skin tones. This device has 5 different spot sizes for treating a range of tattoo sizes.

This laser is especially effective for treating green and dark inks. It is a safe option when treating light skin.

During your treatment, a laser moves across your tattoo as quick bursts of energy are emitted. In most cases, we make one complete pass over a tattoo per session. These treatments do cause discomfort, much like the original tattooing process.

After a treatment, you will need to wait approximately 4 to 6 weeks for your body to flush out the treated ink particles and for inflammation of the treated area to subside. Multiple treatments are needed for best results; the total number will vary with the size of your tattoo, as well as its colors and ink.

After a laser treatment, blisters, swelling, and bruising are common in treated areas. It’s important to take care of the area as directed to avoid scarring, permanent changes in skin coloring, and infection. For the first 24 hours after treatment, applying cool compresses and taking acetaminophen (not aspirin) can help control discomfort and inflammation.