Back to Facelift Photo Gallery Home 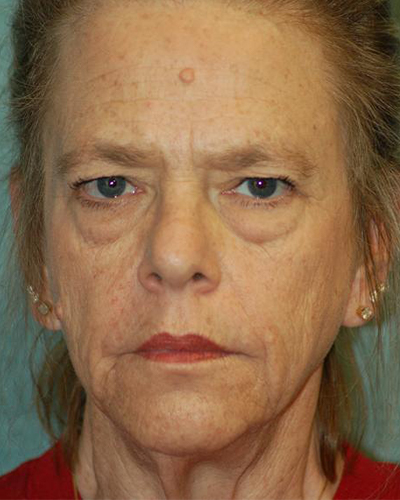 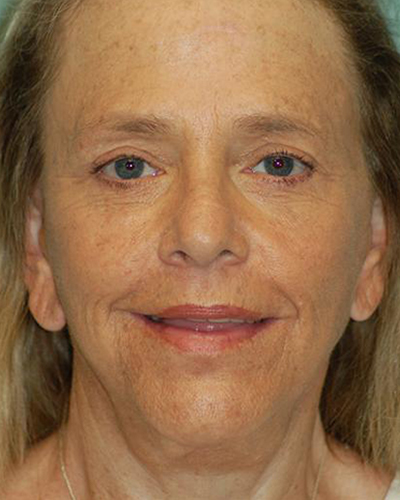 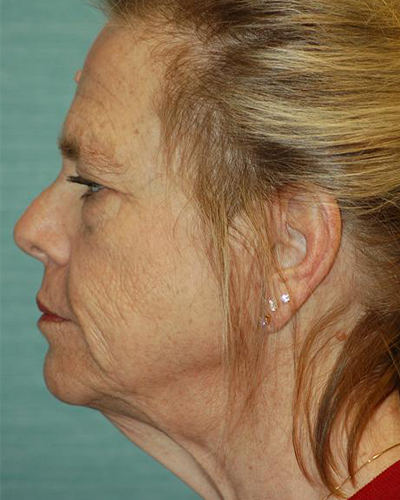 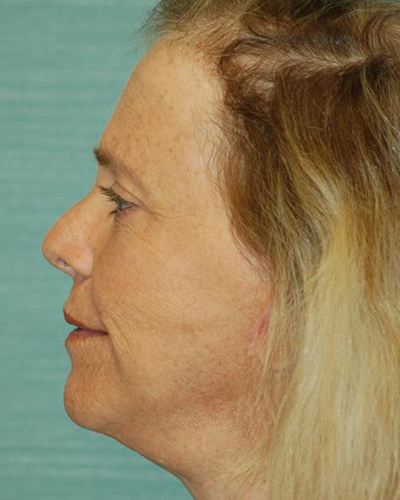 This woman was unhappy with the drooping, empty bags under her eyes. She was also unhappy with the way the soft tissues in her mid-face and neck had begun to sag over time. To find out how plastic surgery in Las Vegas could correct these signs of aging, she made an appointment with me. After she described her goals and I explained some of the options that could address her concerns most effectively, we settled on a combination surgery that would involve a facelift, brow lift, and surgery for both her upper and lower eyelids.

I begin the facelift incision above the hairline at the temples, extending it in front of the ear, and continuing behind the earlobe toward the lower scalp. I then tighten the facial muscles to restore them to a more youthful position before I remove excess skin and, in some cases, reposition the facial fat pockets to create a firmer, more rounded contour at the cheeks. For certain patients, I may also need to tighten the neck muscles or remove excess fat from the chin area using liposuction.

Minimally-invasive endoscopic brow lifts requires a few short incisions above the hairline, through which I will carefully adjust the brow muscles before trimming away a small amount excess skin along the incision line. While some patients benefit from a facelift, eyelid surgery, or brow lift alone, when I approach the problem from multiple angles I can often create a more balanced look that addresses both the mid-and upper face and creates a much smoother, more youthful appearance.

This patient has enjoyed a typical recovery from her procedure. Her facelift in Las Vegas has significantly diminished the creases, lines and folds around her mouth, giving her a softer and much younger appearance. Her eyelid surgery also addressed the loose tissues both above and below her eyes, so that she looks much happier and more rested.